Knowing When to Incorporate Accents into Advertising

Advertisers and marketers have, for a long time, been trying to create a sense of relatability with their audiences. One of the key strategies they deploy to help them achieve this is using voices that sound like their target audiences. This rings true for selecting sounds that mirror voice age (e.g. young adult), style (e.g. excited), role (e.g. mothers), language, and even dialect.

But what about accents? There is so much research showing that accents can have a profound effect on how a message is received. Read on to discover how audiences who hail from different corners of the globe have very different preferences on worldly accents.

Difference Between Accents and Dialects

There is frequent confusion about the difference between accents and dialects, so before we dive into why accents are so attractive, let’s quickly highlight how accents differ from dialects.

In simple terms, a dialect refers to the vocabulary and grammar used by a group of people of the same region, socio-economic status, ethnicity, etc.

Accents can also be found in those same groups of people. Yet, accents more refer to the pronunciation of common language, rather than the vocabulary itself. This differentiation makes a huge difference in the world of subtitling and dubbing.

This video from How Stuff Works covers accent and dialect differentiation perfectly and gets into the perception of accents from around the world as well. Watch it to get the perfect segue into the rest of our post about knowing when to use accents in advertising.

For an example of how accents and dialects differ, first listen here to two regional UK accents speaking the same sentence (in other words, using the same dialect).

For an example of dialect, listen to the below demo of an Irish accent saying “turnips and potatoes,” using an Irish dialect.

Why Accents in Advertising are Attractive, or Not

Now that we’ve had a chance to dissect the differences, we’ll get back to focusing on why accents are generally appealing, as well as how their connotations can influence marketing and advertising (for better or worse). The following short video discusses a few different studies that speak to the effects of accents on trustworthiness and overall credibility.

North American media is known for using an array of global accents in advertising content – even though the accents selected don’t match the accents of the target audience. For instance, a watch ad voiced by a British voice actor might air in Texas. (even though the study from Chicago referenced in the video above states that accents can hinder credibility sometimes).

But how does the rest of the world use accents in marketing and advertising? Many studies have been conducted on this exact topic.

The five examples below pave the way for a general observation: No matter where you are in the world, how accents are perceived by the end audience differs greatly from region to region, especially when used in marketing and advertising. Some regions prefer their own accent, while others prefer an accent from another country or region altogether.

5 Studies Showcasing How Accents Can Affect Perception in Advertising

A study done by the Central Office of Information in the UK found that in some parts of the nation, consumers take well to advertisements in their native accent very well, like in Manchester. While other parts, like Bristol and Birmingham, dislike hearing advertising in their native accent and prefer to hear ads recorded with an RP accent instead.

Without the findings of this study, brands targeting these UK regions would experience a diminished advertising effectiveness by not knowing what accent appeals to each region.

Not sure what a Manchester, Bristol, Birmingham, or other UK accents actually sound like? Check out our interactive UK accent map. Click the markers on the map to hear authentic accents spoken from those areas and more from the UK.

There’s a general sense that, as expressed in online forum conversations, American accents tend to also not be desirable in UK advertising. So, even though some regions of the UK dislike their own accent in advertising, they are also not receptive to the general American accent either.

A study done by Harvard psychologists identified that American children put more social consideration behind an accent rather than race. These American children, under the age of 5, chose to befriend children of other races with no accent over children of the same race with a foreign accent (like a French accent). This study makes us consider the use of accents in advertising aimed at youth in the U.S.

Another study done in the Netherlands found that use of the regional accent didn’t significantly impact the participants’ purchase intent, brand perception, understanding of the message, etc. This indicates that in these areas of the Netherlands, it doesn’t really matter if a local accent is incorporated or not. It would be interesting to see another study on how other accents are perceived by the Netherlands’ provinces!

Lastly, a study was done by a team of researchers in Southern California on perception and how a message is received by Asian Americans compared to their general American counterparts.

How to Know When You Should Use Accents in Advertising

However, knowing when to incorporate accents is a lot more complex than that, if the above studies taught us anything.

In a world where there are a plethora of global advertising campaigns taking place, perhaps the only way to be sure you’re using accents that will be received well by your audience is to tap into transcreation and localization.

Only when a brand manager puts a focus on transcreation, will they become attuned to what vocal characteristics different regions of the world prefer to hear in their local advertising.

The added effort of pinpointing what accent each region prefers to hear in their advertising may take more time, and may cost more in terms of having to recreate the same ad for each region. But the payoff is the increased effectiveness of the ad. Because at the end of the day, advertisement effectiveness is what will translate into revenue!

How to Do Accents: Advice From a Dialect Coach 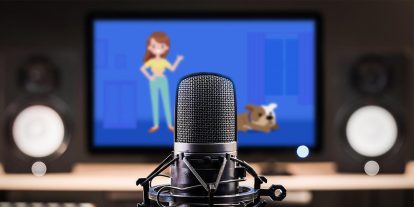 Learn everything about hiring dubbing artists for your animated project to help it be an international success. 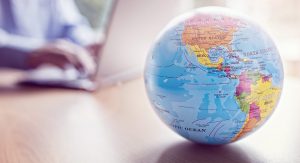 Learn how transcription & localization aid international animation projects. And discover what brands are winning in the international advertising space.