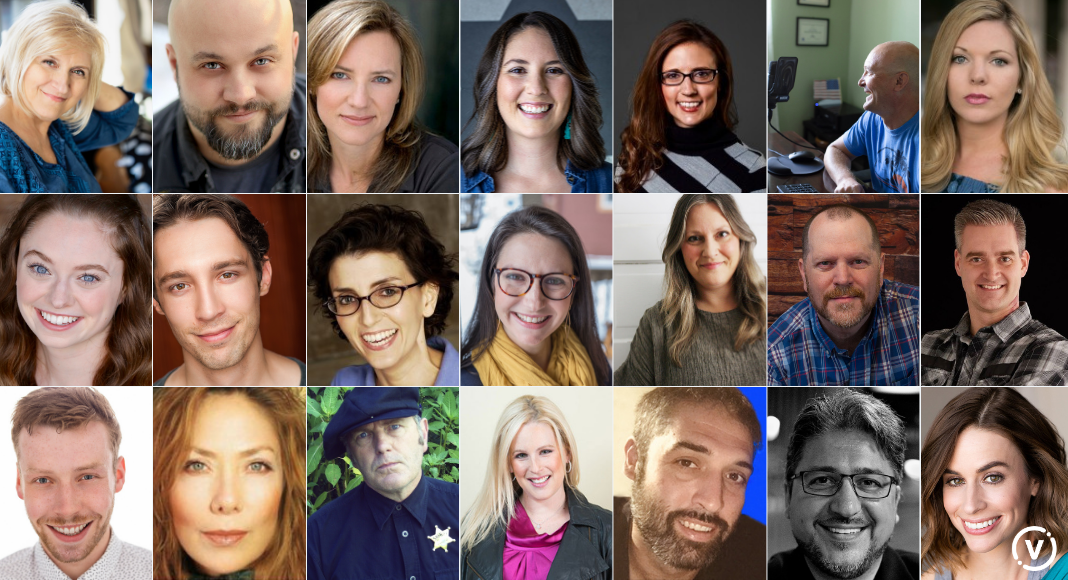 When it comes to character work in the realm of croaky, creaky, creepy, Halloween-esque voices, voice care needs to be a priority. What better time to explore this type of voice over work than with Halloween right around the corner?

That said, we know that jobs for these styles and roles get posted year-round. These pro tips on creatively altering your voice and the voice care needed to sustain this style of voice over will help you deliver for your client and keep your voice sounding and feeling good.

If you have some challenging roles on the horizon, we hope this piece helps you figure out if they’re something you want to commit to, how you’ll find the character’s voice, and how you’ll ensure you can recover from the project once it’s complete!

The Voices Insiders know all too well how demanding it can be to maintain healthy vocal cords and to come up with the voices to use! Here’s what they have to say about coming up with character voices as well as caring for themselves when they take on demanding jobs like these.

First things first, as a voice actor you must know your limits and if you want to do this kind of voice over work.

Sanda Osborne says “You need to make sure the project is ‘worth it’ to you to potentially risk having an impact on your voice, which could impact other projects you have lined up. Having a coach to help you learn to use those unnatural voices, and practicing, will help you to know your limits and know which voices are sustainable for long recording sessions.”

What makes it worth it? That depends on the voice actor! It could be a well-paying gig, a favor for a friend, enjoying the ability to make these crazy voices a part of your job…the point is to check in with yourself to make sure you’re only taking on demanding roles when it feels right.

Robert Mattson says “It’s all about moderation. I wouldn’t want to do an audiobook with a raspy character having a lot of lines, but if it’s a shorter read I don’t have an issue.”

Not having an issue is one way to put it—listen to Robert’s demo reel to get a feel for how one person can approach multiple intense character voices:

We asked the Voices Insiders if they have ever needed to step back from a gig because of the demand it was having on their voice. Robert said “Not yet. If you pick the right gigs it’s not a problem.”

In fact, none of the Voices Insiders said they’ve ever had to step away from a gig for this reason. It speaks volumes about how these professionals stay in-tune with their needs and their ability to choose the voice over work that suits those needs.

We often hear voice actors speak of a moment in their growth where they can finally pinpoint their voice niche. In doing that, they gain back much of their time and energy by not auditioning for jobs too far outside their “success zone.”

This kind of work—the kind that can lead to soreness or damage if not managed well—is something that Tiffany Grant spoke to. Tiffany has done plenty of character work like this. She has provided the voice for Anteaterina in the anime Princess Tutu, Altena in the anime Noir, Yuuki in the anime Tokyo Magnitude 8.0, Koro in the anime Akame ga Kill, and Shalulia in the anime One Piece.

“[I’ve never quit a gig], but there was a role that was taxing enough I could only record for about an hour at a time with plenty of hot herbal tea on hand.”

It is a great way to manage the effects of character work on your voice, and it works well for Tiffany! Listen to Tiffany’s demo of Evil Nemora, and see the picture below to put it all together:

When you enjoy doing characters like Tiffany does, it’s important to pursue the work mindfully and with vocal care every step of the way. The Voices Insiders outlined what it means to go about these styles and roles so when the reward is worth it, you’ve got a plan of action!

Pre-planning how you approach a script is commonplace for voice actors. Marking up a script is a part of good VO practice as you make notes on where to breathe, where to be more punchy, where to pause, etc.

With harsh-on-the-voice roles, the markup becomes even more important. Michella Moss and Sandra Osborne both commented on how important it is to spend some time analyzing the script and coming up with a game plan well before stepping up to the mic.

Michella Moss says, “Have a good idea about how you are going to deliver your lines BEFORE you start recording. Use your mind rather than your throat.”

Sandra uses the preparation time to put the script in an order that makes the gig more manageable.

“I always try to record the harshest parts (such as screams) at the end of the session.”

How to find the Character’s Voice

It’s a skill all its own—to find a character’s voice within yourself and bring it to life. As with any skill, professionals use a variety of strategies to make it happen. The Voices Insiders mentioned the three they use most when coming up with the voice qualities of spooky roles.

Use Inspiration From Your Environment

Your environment is filled with opportunities to explore different character voices—some less conventional than others, but that’s where the magic happens!

Such is the case for Michella:

“Use my creepy voice to wake/scare my husband while he’s sleeping.”

Kids are helpful for many reasons, but it seems the Voices Insiders are expanding their creativity and finding character voices thanks to their kids!

Kristen Paige is capitalizing on these kinds of moments, too:

“I do my research and get a couple of different examples to imitate. My favorite is Vincent Price…he’s got the quintessential creepy voice and there is one book I read to my children that I always “try” to imitate his voice for!”

Ask Clients to Provide a Visual

This is an inspiration trick we’ve mentioned in our blog before about finding the character’s voice, but it is ever more useful when trying to develop a voice for the role of a creature or maleficent character.

Some of the Voices Insiders find it valuable to see an image of the character while experimenting with what the voice may be.

“It starts with a visual of the character. I imagine the look and match the voice to it,” says Robert.

Tiffany says, “Honestly, when I see the character, I intuitively know how they sound, and their voice comes out of my mouth.”

You can go beyond the image of the character alone to find inspiration, too. If the character’s appearance hasn’t been finalized, clients could provide visuals of the landscape, structures (like houses), or attire to help you get in the zone and deliver at your best!

Experiment With Your Body’s Posture and Natural Vocal Elements

You only have to be in downward dog while answering the phone once to know how different your voice can sound when your body is in a different position!

Some of the Voices Insiders take their character voice exploration to the next level in order to produce a truly unique voice for the role.

“I definitely dig deep to tap into my natural vocal fry, I keep my throat super relaxed and croaky. I also like to try to be a female snake with lots of hissing and dramatic pauses,” said Lenore Hume.

If you want to give this a try for yourself, Sandra gave some excellent advice about exactly how you can manipulate your body to bring out a unique character voice:

“Try using different postures, facial expressions, positioning of your face in front of the microphone, etc. These movements will impact the way air is going through your vocal cords and will help create something other than your natural way of speaking.”

Kristen Paige and Kristy Reed were on the same page when it came to voice care.

“I love the advice I heard from Nic Redman from The Voice Coach Podcast, that you should always ‘cool down’ your voice in addition to ‘warming’ it up. I thought this was great advice because it’s really not something I’ve heard before or something I typically do! She goes into the specifics on episode 6.”

“Stretching is a big part of warming up and cooling down even when it comes to your voice. Stretching my neck, shoulders and facial muscles releases tension from the day, and can help bring my voice back to a relaxed and neutral state.”

Kristy had thoughts about another vocal care tip that stood out to us:

“When doing strenuous vocal activity the best remedy for a hard day’s work actually comes while you are doing it…Breath support! Breathing properly while you speak from the diaphragm will help give you endurance to get through!”

We spoke with a vocal coach a while back who also pointed out how breath support can make all the difference for voice actors, or anyone in a career where speaking for long periods of time is a part of the job!!

There was a lot of discussion about hydration and the uses of tea, too.

Lenore shared a family recipe for her voice care tip.

“I love to drink a concoction my mom used to give me when I was sick as a kid. It’s hot water, lemon juice, honey and a smidge of butter. It sounds off but it coats the throat so nicely! I also like to take my neck shaped Magic heating bag and drape it backwards over the front of my neck. It feels amazing!”

Give that a try and let us know if you agree with Lenore in the comments below!

If you found this piece helpful, subscribe to our blog to receive more tricks of the trade from the Voices Insiders every month, along with our voice over blogs that come out weekly, too!

If you’re not already a Voices member, head over to our sign up page and start doing more voice over work! 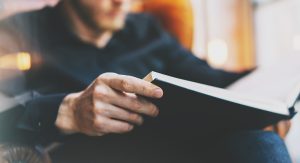 Freelancing
7 Benefits of Reading Out Loud That Improve Your Life

Did you know reading out loud can improve your life? See how reading aloud helps with focus, vocabulary, reading comprehension, and more! 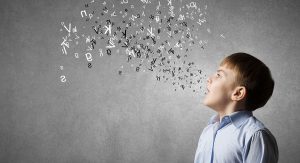 Voice Over
How to Give the Best Voice Over Direction

When creating elearning narration you should learn how to give the best voice over direction through tools like a great script. 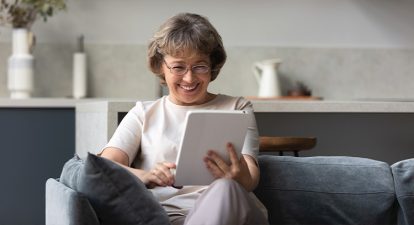 Tips and Tricks
YouTube Ad Scripts: What to Say in the First 5 Seconds

Five seconds isn’t a lot of time to make a lasting impression, but that’s precisely the challenge content creators face when crafting video ads for YouTube.