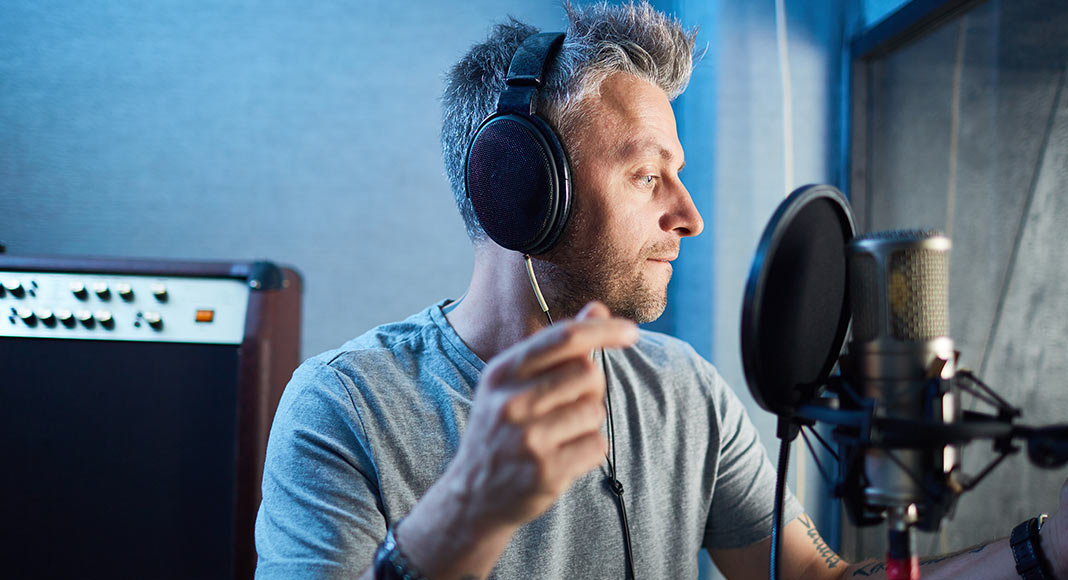 Don’t Put Away Your Mic! 3 Ways Senior Voices Are Rocking It

Do you think your age is preventing you from booking voice over work? Am I ever glad you found this article! The truth is that you can make money with your voice in your golden years. Don’t put that microphone on eBay just yet.

So long as you’ve got air in your lungs, a voice that does as you will it, and a song in your heart, you can make this voice over thing work.

Here are a few truths you might need to hear today. Let me know afterwards in the comments what you’re doing and how we can help.

People want to hear from people who are like them. It’s as plain as day from all the research we’ve done on seniors and voice acting, and it isn’t any different when it comes to your voice age, whatever that might be. Sometimes we need to be reminded of the fact that we are in fact, relevant.

The more relatable you are to the audience you’re auditioning to reach, the likelier it is that you’ll find your voice ending up on the other side of the cycle, be it in a commercial, an elearning module, or an audiobook recording.

Set yourself up for success by auditioning chiefly for those jobs that best draw upon your vocal seniority and years of experience reading copy. Think of all the perspective you can bring to a script.

2. Senior Voices Don’t Have to Sound Younger to Book Voice Over Jobs

Are you feeling pressure to change what you sound like, voice age-wise, because you think you’re not as competitive or marketable anymore? The fear that opportunities for you to shine are drying up is very real. In fact, it might just be that you believe your days in the sun are far behind you.

Before entertaining one more unhelpful Grizabella thought, know there’s work for you and that you don’t need to be concerned about your voice age. As we age, our voices do shift and change. But if you’ve got the chops to interpret a script, breathe life into it and communicate well, you’re still in the game.

So there, you’re never too old to record voice overs. It all comes down to owning your voice, however it sounds, and using it to the best of your ability.

Don’t change who you are to suit trends or out of fear that you’re not competitive. You don’t need to sound younger than you are. You can sound just the way you sound.

3. Senior Voices Are in Demand: The Biggest Audience for New Voice-Activated Tech is Seniors

Have you heard of the loneliness epidemic?

In the UK, loneliness is such an enormous problem that the UK government created a position to address the issue. Tracey Crouch was appointed to become the United Kingdom’s first Loneliness Minister, and possibly the first in the world to hold a role of that nature.

The loneliness epidemic affects all people of all age ranges, but it can most acutely affect seniors and the elderly.

The number of seniors who have next to no interaction with other people on a regular basis is staggering, let alone blood-boiling. In Canada, it was reported that 1.4 million elderly people suffer from loneliness.

Did you know that one of the main use cases for AI voice assistants is to engage with the elderly? Many of whom depend on verbal communication and have an overwhelming need to connect? Nursing homes, hospitals and motivated adult children are using these technologies to improve the lives of those they serve and love. Caregivers are getting on board as they’ve discovered how these devices can help to restore independence.

Think of it. Your voice can be part of a movement to end loneliness! When we really care about something, we’re willing to fight for it. Could your voice be just the right voice to reach those in most dire need of a friend, a support or companion?

The voice first movement sees voice as an interface, which is exactly what happens when you have a voice-activated Alexa or Google Home on standby. These technologies are not just making it easier to get information, they also make it easier to find hope, and if need be, to call for help.

If thinking of retirement scares you as a voice actor, you don’t need to go there simply because you turn 65. Look at screen actors! They can work well into their eighties (here’s looking at you, James Earl Jones, Judi Dench, Christopher Plummer and Maggie Smith!).

This is a lifelong skill you can apply and there will always be work out there looking for a voice just like yours.