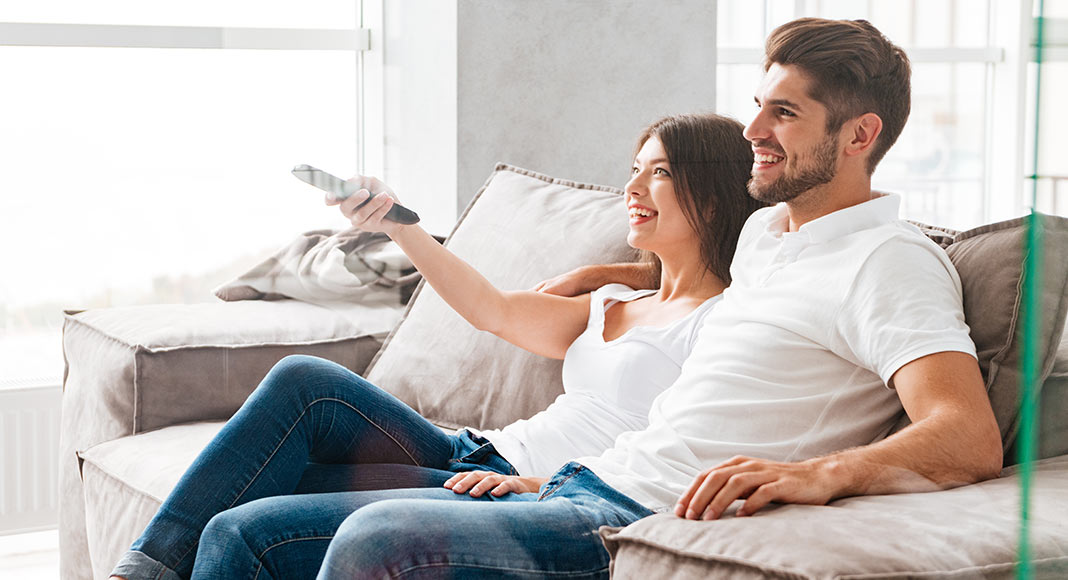 What Is the Most Effective Length for a TV Commercial?

The most effective length for TV commercials has been hotly debated by advertisers for decades.

In today’s changing TV landscape, the question remains as relevant as ever. How long should a commercial be in order to capture a viewer’s attention and sell your product, all without overstaying your welcome?

We’ll cover that hot topic along with a few other nice-to-knows that will assist you in making your TV commercial the right length for an audience in 2022 and beyond. Use the links below to jump to the section you want, or read from the top!

How long is the average TV advertisement?

What makes for a good TV commercial length?

30 Seconds is the Ideal Commercial Length

The Importance of a TV Commercial’s Broadcast Frequency

How long is the average TV advertisement?

Today, 15 seconds is the standard length for a TV commercial.

However, online streaming platforms have enabled advertisers to experiment with a variety of commercial lengths. For example, Internet video ads can range from less than 1-second to much, much longer.

While advertisers and media strategists are always experimenting in the TV ad space to ensure that commercial lengths remain profitable according to the spend necessary to produce and broadcast them, network TV still adheres to the mold of traditional time blocks.

Yet, with the decline of traditional TV viewing habits and the rise of on-demand viewing, as well as considerably more media options fighting for a consumer’s attention, what is the most effective length for a TV commercial?

What makes for a good TV commercial length?

The best TV commercial length really depends on the message you’re trying to convey to your audience.

In some cases, more concise ads are exactly what you need to hook your viewers and convince them of your value proposition from the outset.

On the other hand, some commercials need a slow-burning, established plot to do the trick. Many holiday TV commercials deliver on this style.

No matter the length, the important part is that you take just the right amount of time needed to tell your brand story—no more, no less.

Studies completed by the World Advertising Research Center have shown that 30-second spots are ideal in order to effectively tap into all three components of a good brand-building television commercial. It’s enough time to make an emotional and intellectual connection but not so much time that you lose the interest of the viewer.

30 seconds is the right amount of time to make a television commercial that’s creative, memorable, and engaging enough to entice the viewer to learn more—which is to say, to conduct research online, to pick up the phone, or to drive to the store and purchase the product or service.

With that said, the appeal of producing and airing commercials that are longer or shorter than 30 seconds is justified. “Commercials longer than 30 seconds are intended to attract attention by giving marketers more time to tell stories,” writes The New York Times. “Those shorter than 30-seconds are meant to have surprise value: they are usually over before commercial-haters can zap or zip past them.”

As we said above, though, choose the length that makes sense for your product, intended message, and budget.

Let’s take a look at different TV commercial lengths in order to determine which runtime works best for particular styles of advertisement.

Example of an Effective 15-second Commercial:

Pepsi’s cheeky take on their product is so clever and self-referential, it doesn’t need much of an explanation.

This 15-second Skittles ad delivers the familiar image of the “Skittles rainbow” and pairs it with the unexpected—a Cougar claw! Even more genius is the use of the same Storyboard to create a 30-second ad spot from the same commercial!

Example of an Effective 30-Second Commercial:

Example of an Effective 60-second Commercial:

Corporate communication platform Slack showcases how their tool can help your workplace be more productive.

The 60-second format works best here since it allows the audience to follow along the journey and storylines of the characters to better sell you on the efficiency of their product. Plus, the velvety voice over at the end wraps up the adventure perfectly.

How Much Do 30-Second Commercials Cost?

Another measure of successful advertising is brand recall.

Studies have shown that if the advertisement is able to engage all three memory banks in the minds of its target audience, the ad will translate better to brand awareness and the bottom line.

In the book The Elements of Episodic Memory by the so-called ‘grandfather of modern memory research’ Endel Tulving, the Canadian experimental psychologist and cognitive neuroscientist, defines the three memory systems.

When recalling the television commercial later, it will:

This applies to everyone no matter which part of the memory was triggered most or their mood at the time.

In most contexts, the short answer is no.

Depending on the word count of your script, the length of the commercial will affect the speed of the voice over. If it’s too fast, it may affect the listeners’ ability to recall the message.

However, it is worth noting that some brands have opted for an approach that counters our previous argument. One year at the Super Bowl, Master Lock ran what they called “the world’s first 1-second commercial.”

The rapid-fire ad displayed a close-up of a Master Lock lock being pierced by a bullet. Media strategy consultant Gene DeWitt noted that “shorter spots are perfect for products like Master Lock ‘that already have very, very high brand recognition that don’t have to explain what they are or what they do.’”

But perhaps that doesn’t describe your brand and you’re thinking 60 seconds is more ideal. Consider it carefully.

To the average viewer, 60-second commercials feel long and drawn out. Even if, theoretically, each memory system is triggered by the commercial, the effectiveness is lost at about the 45-second mark. That’s when most people simply tune out, resulting in poor brand recall later.

The Importance of a TV Commercial’s Broadcast Frequency

Some advertisers may opt to run shorter ads at a higher frequency. This is a practice that often backfires.

In an article on Bizcommunity, Chris Brewer explains that content producers regularly focus on crafting ads that are both fun to watch and have something to say, since the “fear of consumer irritation is very, very real.”

This is not a direct result of the length of a TV commercial,” Brewer writes. “In fact, some 60- and 90-second commercials are so highly entertaining and informative that consumers stop fast-forwarding in order to watch them again. On the other hand, in my house anyway, there’s a huge groan when the same commercial is shown 10 times during an evening.”

This post was originally published January, 2018 by David Ciccarelli.