Hire a Talented Gospel Singer For Your Project

Quickly and easily hire a professional gospel singer for your project and customize a music score to tell your story. Listen to music samples and hire an experience composer today

Unique Rock track written in English in about 2002.

Beautiful, Dynamic Vocals for Your Music Project, and Vocal only cover song

French Female Vocals for Multiple Genres in your SONG

Professional and Beautiful Male Vocals for Your Music Project

From $500
Creative teams from the world’s biggest brands and agencies trust Voices with their projects.

How do I hire a gospel singer?

You can hire a gospel singer for your project right here on Voices. Post a job and get matched with a talented singer to lay down the gospel vocals for your track.

What are the roots of gospel music?

Christian hymn singing dates back many centuries, but the rhythmic gospel music we know today first emerged in the American South between the late 19th and early 20th centuries. The advent of radio played an important role in bringing gospel music to a wider audience.

How can I find a gospel singer?

Music Resources Picked For You 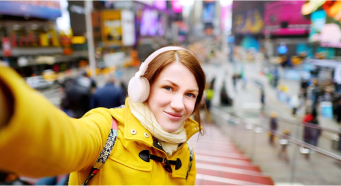 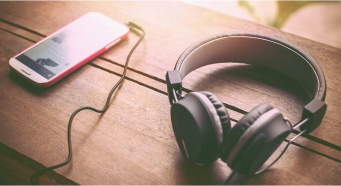 How to Choose Your Podcast Music 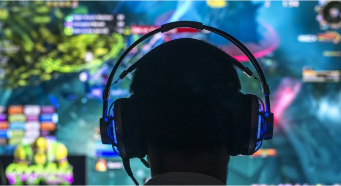 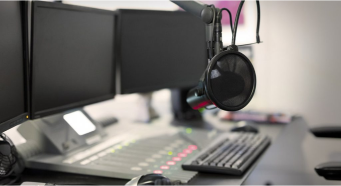 All About Gospel Singers

When you need a talented vocalist to infuse your devotional song with a soulful delivery, then you're exactly where you need to be. Whether you're looking for a lead vocalist to bring your gospel track to life, or a backup singer whose voice can evoke the harmonious sound of a member of a gospel choir, you're sure to find the right gospel singer for your project right here on Voices.

The word 'gospel' is derived from the Old English 'Godspell,' meaning 'good news.' Accordingly, the original raison d'Ãªtre of gospel music was to spread the Good News of the Lord. Gospel music is traditionally performed in a church, employing a call and response style of performance in which the song leader or pastor calls out a line and the congregation answers back. Gospel music is commonly associated with groups of people singing and performing together as part of a religious ceremony, complete with hand clapping, foot stomping, and cries of "Hallelujah!" and "Amen!" However, while gospel is often performed by a church congregation with a big gospel choir, never underestimate the musical magnitude of a powerful lead gospel singer.

Among the world's most widely celebrated gospel singers are Mahalia Jackson, Kirk Franklin, AndraÃ© Crouch, Yolanda Adams, Reverend Gary Davis, James Cleveland, Shirley Caesar, and Fred Hammond. There are also a number of musicians who may not be extensively known for their contributions to gospel music, yet the genre still played an important part in their musical careers. Sam Cooke, the iconic singer behind "(What A) Wonderful World" and "A Change Is Gonna Come," got his start as a gospel musician before making the leap to more secular music. Johnny Cash and Hank Williams, while dually regarded as some of the most influential figures in country music, were both strong proponents and performers of gospel music whose lyrics often revolved around Christian themes like forgiveness and salvation. Although he was best known as the King of rock and roll, Elvis Presley released a number of albums in the gospel genre, including His Hand in Mine and How Great Thou Art.

Many popular musical genres have either been influenced by gospel or regularly incorporate gospel singers to achieve a distinct sound. The Joubert Singers' classic record "Stand on the Word" was first recorded by a children's choir, before being remixed, re released, and becoming a well known funk/soul track. Artists such as Fred Hammond and the aforementioned Kirk Franklin are instrumental figures behind the synthesis of hip hop and gospel, sometimes also known as Christian hip hop.

Historically, gospel music is the product of the Protestant faith spreading throughout the United States. Gaelic psalm singing in Scotland was an early progenitor of what would become gospel music, when the standard style of performance evolved from singers reciting the psalms as a solo effort into the call and response fashion typically identified with the gospel music heard in the American South. In the late 19th and early 20th centuries, gospel music developed across the American South, but the emergence of radio was what really enhanced the size of the listening audience and the opportunity for gospel records to reach new ears.

As the genre began to catch on and spread around the United States and beyond, various musicians left their mark on gospel by integrating elements from other musical genres into their songwriting and performances. For example, Arizona Dranes introduced secular musical styles, such as ragtime and barrelhouse, to gospel, first giving it its high energy beat in the 1920s. Sister Rosetta Tharpe is regarded as one of the first great gospel recording artists, and her rhythmic sound is generally seen as a precursor of rock and roll that influenced the likes of Little Richard, Johnny Cash, and Elvis Presley.

Hiring one of our experienced gospel singers is the perfect way to ensure that your gospel track comes to life with a sacred and lively spirit. Browse through the demos of our skilled gospel music experts to find the right gospel singer to lend their voice for your project.