Hire The Right English To Spanish Translator For Your Project

Quickly and easily hire an authentic English To Spanish Translator for any type and size of document translation. View samples of translation work from our global talent

Translation and adaptation of message to the Hispanic Market.

A core tenet of podcasting is grabbing your listeners’ attention from the get-go with a snappy opening. This podcast intro script from Voices.com demonstrates how to give a sneak preview into your episode’s content and compel your audience to keep listening.

REMOTE or I travel to you, Pennsylvania

The Story of Cabela's: How it all began

Pertains to the founding of this major retail sportswear chain. Translation was used by Corporate marketing.

I have more than 15 years of experience working with the hispanic market. Among many projects, translating scripts have been one of them. My latest work was trasnlating a full short documentary from English to Spanish and Spanish to english. This documentary has already won 6 awards internationally.

My contribution: Creative Strategic, Written and Conceptual development for all clients.. find my portfolio at behance dot net under James O'Neill Gómez. Thanks!

Translation English to Spanish. Medical conference of lasers and its uses on medical procedures on the dental care industry. This translation was made without script by listening the video and translating it into Spanish. It was used with dubbing purposes.

Please browse some of our other Translation projects!

Creative teams from the world’s biggest brands and agencies trust Voices with their projects.

What percentage of the US population is Spanish speaking?

About 13% of the US population speaks Spanish.

What is the easiest language to learn for English speakers?

Spanish is considered to be one of the easiest languages for native English speakers to learn. The Romance languages are said to require about 600 hours of study to achieve general proficiency, and of these, Spanish and Italian are considered the easiest to adopt.

How many types of Spanish language are there?

There are about ten major Spanish dialects, divided by region.

How many countries have Spanish as their official language?

20 countries and one territory (Puerto Rico) have Spanish as their official language.

Translation Resources Picked For You 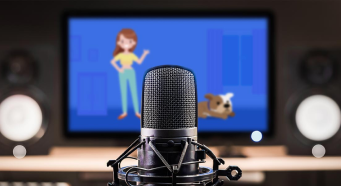 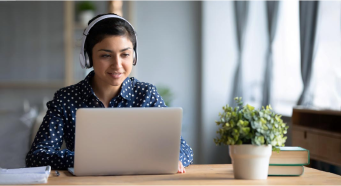 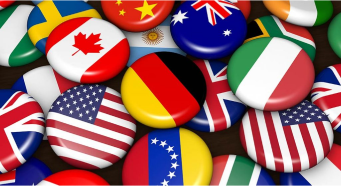 Translation, Localization, and the Global Accent 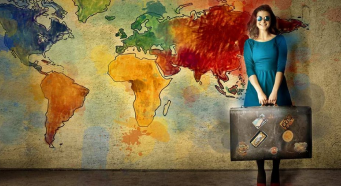 All About English to Spanish Translation

When you set out to expand your company or brand to address an increasingly international marketplace, then hiring an English to Spanish translator to reimagine your message in Spanish is a buena decision. Spanish is an enormously popular language on a global scale, and it features a number of regional varieties and dialects. Simply translating your project's text word for word won't cut it when you're striving to capture linguistic nuances, aiming to appeal to a particular region, or looking to incorporate authentic cultural expressions that may be familiar to an English audience, but less so to a Spanish one (or vice versa).

By translating your offerings into Spanish, you're automatically making your work accessible to one of the vastest ethnolinguistic groups out there. Spanish is the fourth most spoken language in the world, and it lays claim to having the second most native speakers, with over 450 million people around the world for whom Spanish is their mother tongue.

Much like French, Italian, Portuguese, and Romanian, Spanish is a Romance language, and roughly 75% of modern Spanish vocabulary is descended from Vulgar Latin. The Spanish vocabulary has also, however, been influenced by the likes of Arabic, Basque, Iberian, Celtiberian, Visigothic, and a variety of Indigenous American languages.

As you can tell, by branching out into the Spanish market, you're not confining your message to a particular geographic location—in fact, you're doing quite the opposite. You may be surprised to learn that Mexico is the largest Spanish speaking country in the world, and its number of Spanish speakers is being trailed by those in the United States. Spanish is studied more than any other language in the U.S., and it is predicted that the United States will have the most Spanish speakers in the world by 2050.

Spanish is named for the European country of Spain. Spain is known for its wine and sangria, cultural traditions (like tapas, siestas, fiestas, and flamenco) that have caught on worldwide, and influential artists such as Pablo Picasso, Salvador DalÃ­, and Antoni GaudÃ­. Madrid, the capital of Spain, has the third largest GDP in the European Union, and is the home to the headquarters of many of Spain's most important companies. Madrid is a notable film and TV production hub, producing work that is distributed throughout the rest of the Spanish speaking world. Madrid's film and TV industry employs tens of thousands of people, consisting of about half of the media professionals in the country.

One interesting aspect of Spanish grammar is that it inverts question marks and exclamation points in order to single out the part of a sentence that is a question or exclamation. For example, the English query "Maria, what's up?" would translate to "María, ¿qué pasa?" when written in Spanish. Your English to Spanish translator will be proficient at following grammatical rules when converting your text from one language to the other, avoiding the grammatical mistakes that an amateur would be prone to making.

There are a number of prominent Spanish dialects, like Andalusian, Castilian, Catalan, Galician, International Spanish, Valenciano, which can differ dramatically from one another when it comes to oral pronunciation. However, the good news is that regional varieties of spoken Spanish don't greatly impact its written standard, so no matter which English to Spanish translator you hire, you'll find someone with a strong handle on effectively translating your text.

At the same time, there are a few notable variations in the vocabulary used to communicate with different regional dialects (the second person plural pronouns are different in Latin America than in Spain, for example), and the vocabulary for the likes of food, clothes, and everyday objects can vary between the two regions as well. When you're looking for the right English to Spanish translator to invite onto your project, you may want to consider where your target market is based, because it may influence the expertise you seek from your translation expert.